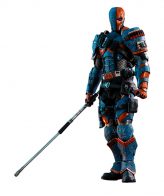 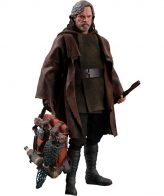 Continuing the events of Alien vs. Predator, a Predator scout ship carrying Predalien and facehuggers has crashed on Earth, causing the spawn of the chestburster in Aliens vs. Predator: Requiem. Wolf Predator, has responded to a distress signal and traveled to Earth with a plan to kill all Aliens. As the elite member of the Predator, he has proven himself as a daunting warrior and dreadful hunter with a large collection of trophies from many different species and a large arsenal of weapons! He has remained one of the most popular warriors in Alien vs. Predator series among fans.