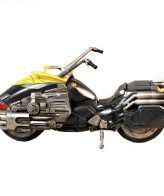 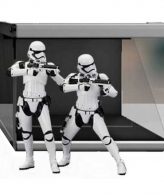 Some time in the near future Mega City One is part of what is left of a dystopian society and the law is upheld by Judges. Charged with the authority to act as judge, jury and executioner, Street Judges are on the front line of maintaining order in a post apocalyptic world.

Working closely with Rebellion and comic book artist Ben Willsher to design the most accurate figure possible based on the characters current look, the One:12 Collective presents a finely detailed figure with some truly amazing features. The Judge Dredd figure has a comic-accurate, digitally sculpted likeness, as well as a specially silkscreened spandex uniform with a real working zipper. The One:12 Collective action figure line creates realism at a never-before-seen scale.