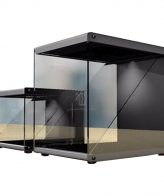 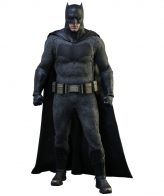 Dark Vengeance is a boxed game that contains everything you need to start playing games of Warhammer 40,000. It contains 49 snap-fit plastic miniatures that make two unique forces: Dark Angels and their hated foes the Chaos Space Marines of the Crimson Slaughter. It also contains a small-format paperback edition of Warhammer 40,000: The Rules, along with a complete assembly guide, a quick-play reference guide, a datasheet for the Chaos Space Marine Aspiring Champion and an army roster sheet. There are also dice, templates, and a how-to-play booklet that includes six scenarios to enact on the tabletop. The Dark Angel force boasts a Company Master armed with bolt pistol, power sword and combi-weapon, a Librarian who carries a bolt pistol and force sword, a ten-man Tactical Squad, a five-man Deathwing Terminator Squad and a three-man Ravenwing Bike Squadron. Opposing the Dark Angels is the Crimson Slaughter. The Chaos Space Marine force includes a Chaos Lord – armed with power sword and plasma pistol; a Helbrute, armed with multi-melta and power fist, an Aspiring Champion and six Chosen. They stand alongside twenty Chaos Cultists who carry a combination of ranged weapons such as autoguns and close-combat weapons.

Funko Pin: The Conjuring – The Nun